Seminar on Marine Aids to Navigation in the Autonomous World

The rapid development of autonomous technologies has led to the planning or completion of numerous projects, studies and tests of maritime autonomous surface ships (otherwise known as MASS) around the world.

Several autonomous vessels are already operating at sea and IMO initiated during the Maritime Safety Committee, MSC 103, in May 2021 the regulatory scope exercise to study how the impact of MASS will affect the regulatory instruments provided by IMO.

For background on this topic readers are invited to see here:

Other international organizations have also begun their studies into MASS. In response to this development, IALA, together with the Japan Coast Guard, organized a virtual workshop entitled Marine Aids to Navigation in the Autonomous World on 20 May 2021 and continued with technical sessions from 24 to 28 May. (See report elsewhere in this edition)

Held on 29 and 30 June a further remote seminar on aids to navigation in the autonomous environment was held on the initiative of the Direccion General y de Marina Mercante (DIRECTEMAR), the Department of Maritime Signalling and Aids to Navigation of Chile whose able chairman was Captain James Crawford.

This gathering aimed to bring progress in the field of autonomous vessels closer to the Spanish speaking members of IALA and other interested parties.

As with the English version of the event in May participants were provided with links to pre-read material. This concerned the IMO Regulatory Scoping Exercise; EU operational guidelines; EU AUTOSHIP; the Finnish Ministry of Transport and Communicationa policy; the UK’s MASS Industry Principles and Code of Tractice; the EU H2020 Project and MASS People.

Links to these are to be found here: https://events.iala-aism.org/iala-events/marine-aids-to-navigation-in-the-autonomous-world/mass-preparation/

The Spanish seminar focused on current developments within autonomous technologies that can have an impact on marine aids to navigation, including VTS with respect to MASS. This included a variety of topics, such as: AtoN/VTS requirements; AtoN/VTS operations; Technologies and Regulations.

The seminar consisted of presentations by experts covering MASS topics, including projects, technologies and other transport sectors.  It revolved around a forum for discussion between different stakeholders including national, industrial and associate members of IALA and sister organizations from all IALA Committees.

The seminar was held virtually with Microsoft Teams as a platform. The working language was Spanish. A total of 43 registered participants took part and more than 80 were connected during the sessions. 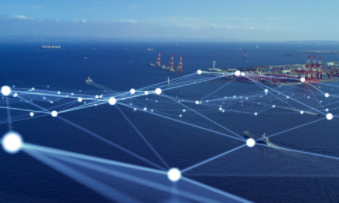