Spanish is more and more present in IALA

The Spanish community has shown a great involvement in IALA’s activities for a long time but it has increased even more over the past years and it is gaining momentum as the project of change of status of IALA into an inter-governmental organization is progressing.

Several countries have volunteered to translate articles of publication like the Bulletin and more recently the e-Bulletin and even manuals. A number or Recommendations, Guidelines and Courses also have been translated to facilitate the spread of knowledge amongst the Spanish maritime community. In 2015, the first Level 1 course training entirely in Spanish was launched by Spain, and then in 2018 another course also delivered by Spain took place in Ecuador. In 2019, there was a training seminar on the use of the IALA Risk Management Toolbox in English simultaneously translated to Spanish in Colombia. An article about this can be found in the IALA Bulletin 2020-1, p40.

IALA has welcome and embraced the initiatives from Spanish speaking countries and tried to help and encourage its development. Mrs Gerardine Delanoye, Capacity Building and Resources Manager for the World-Wide Academy has been active through the process as it developed as part of the Academy’s aim and mission. Now that it is getting broader and Mr Jaime Alvarez, Technical Officer, who is a native Spanish speaker has recently joined the IALA Secretariat team, the Spanish translations support group created will be coordinated by Mr Alvarez.

IALA is thankful to its members for their great involvement in the sharing of knowledge to the largest possible maritime community in order to fulfil its aim to harmonize aids to navigation worldwide and to ensure that the movements of vessels are safe, expeditious and cost effective while protecting the environment. 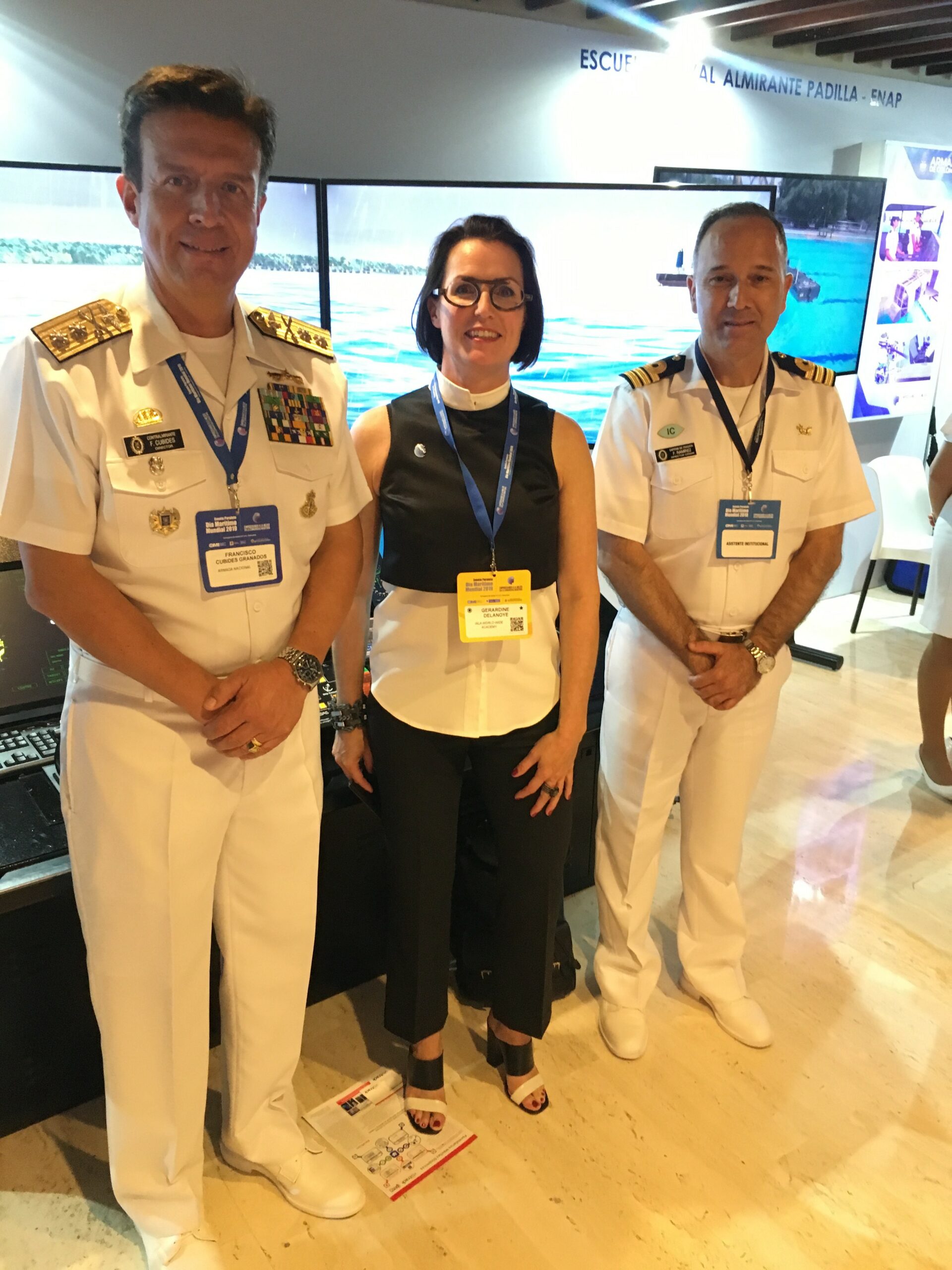 On the left of the photo, Rear Admiral Francisco Hernando CUBIDES GRANADOS – Director of the Naval Cadet School “Almirante Padilla” (ENAP), today the Head of Naval Education Headquarters. On the right of the photo, Commander Fabian RAMÍREZ CABRALES Director of the Center for Research, Development and Innovation for Maritime Activities. And Mrs Gerardine Delanoye, during the seminar held in Colombia.