The development of MASS will bring about change to shipping, port operations and the safety of navigation. It is important to assess and discuss its impact on IALA related services at an early stage of its development.

IALA has been monitoring the development of MASS and some work on guidance documents has been initiated,

To integrate new and advancing MASS technologies into the regulatory framework, IMO have created a framework for MASS developments for the purpose of a scoping exercise on regulations (MSC 100 – 2018). Equally, evolving MASS technologies will impact the works of IALA. To develop a regulatory framework for MASS and MASS-related infrastructure on the relevant Marine Aids to Navigation including VTS, it is necessary to consider MASS operations from the technological level, as well as the regulatory level. As MASS infrastructure spans across various IALA committees, it is proposed that an inter-committee task force be formed to coordinate the work across committees, as well as align the committee outputs presented to the IALA Council. 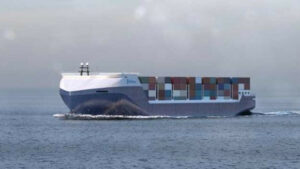